Great work tonight, everyone! Thank you for your effort and attentiveness. We’re already making excellent progress and beautiful sounds (and exciting crescendos!).

All are welcome to join an informal, extra-curricular, social pre-rehearsal dinner next Wednesday, January 29 at Colonnade on Bank Street. We will meet around 5 PM at the restaurant, and head to rehearsal afterward. Please RSVP to Charlene by Sunday, January 26, so that she can make a reservation.

NOTES ON THIS WEEK’S REPERTOIRE

WHAT TO PRACTICE FOR NEXT WEEK

Don’t bring Essential Elements Book 2 until February 26. We will start using it once our first round of clinics has ended.

‘Concert’ pitch is kind of the Greenwich Mean Time of music. Piano, flute, oboe, trombone/baritone, bassoon, percussion, guitar, violin, and other instruments play and read in concert pitch. They are non-transposing instruments. That is, when those instruments play the pitch that is a written ‘A’ in their part or score, which in the treble clef is notated in the second space from the bottom of the staff, they will all play the same pitch. This pitch – which in North America is typically tuned to the frequency 440hz, and is the note most orchestras tune to before a performance – is referred to as ‘concert A’ or ‘A concert’.

Concert band parts are already transposed for these instruments, and the conductor’s score shows each instrument’s part as it looks to the player, with the same key signature and notes that the player sees. So it looks like the instruments are playing in several different keys, but all the keys sound the same. 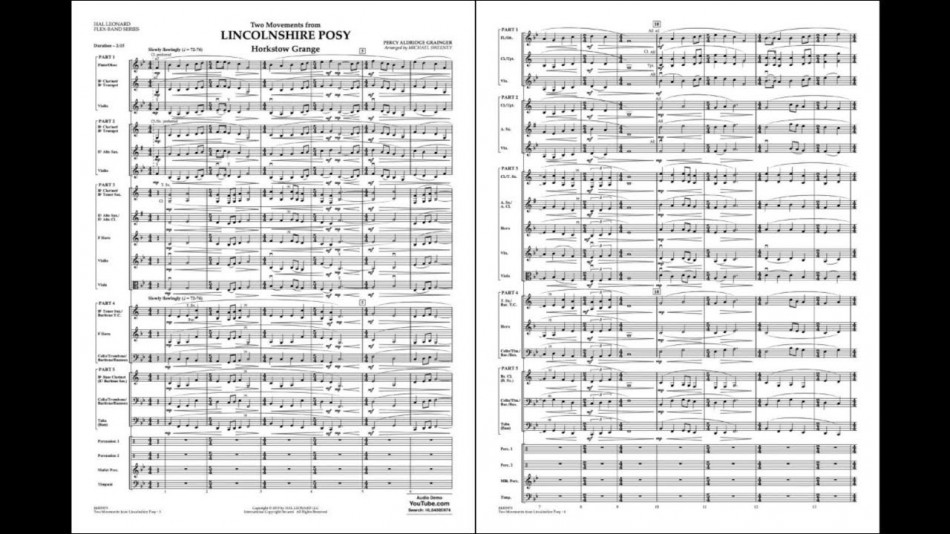 Next week, we’ll play through a concert A-flat major scale.

I strongly encourage you to learn scales without reading them. Learn their key signatures, and practice without music. This way, you can make up your own warm-ups and exercises using the notes in the scales, and focus your attention on listening rather than looking.

Remember that this notation is just an approximation! In swing feel, the first eighth note will feel longer and heavier, and the second one shorter and lighter, but it’s not always or exactly a triplet feel. It can be useful to start out thinking of triplets … but music really starts to swing when we feel the unevenness, rather than counting it.

(Here’s a good, basic four-minute primer on this, with played examples: https://themusicworkshop.com/swung-vs-straight-8th-notes)