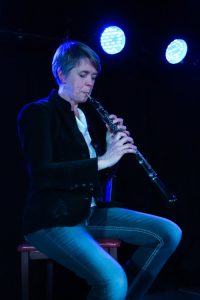 Jackie started her new “career” with ONHB in 2013 and has never looked back. At the urging, or perhaps daring, of a good friend she joined the beginner band with virtually no experience playing an instrument nor comprehension of sheet music. Unsure of which instrument to choose, it seems the band leader had other ideas. The oboe. Since then, she has had the opportunity to play English horn and has a not-so-secret desire to try the trombone.

An unabashedly enthusiastic champion of ONHB, Jackie joined the Board of Directors in November 2018 and continues to lend a hand as band rep and with special projects. 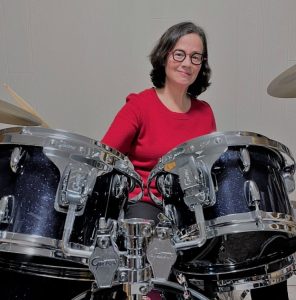 Anne became a member of ONHB in 2019, and served as band representative for Bytown Beginners. In the past Anne has played piano, French horn and alto sax, but her current passion is percussion. She has played drum set and auxiliary percussion in online and in-person bands, both jazz and concert.

Anne joined the Board of Directors in November 2021. Working with the other Directors, she aims to meet the needs of ONHB members, while maintaining the organization’s effective and efficient management. 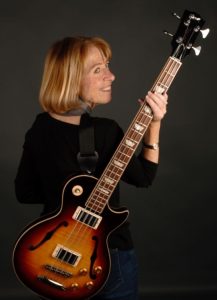 Leslie joined ONHB in 2013 and, although tempted by percussion, decided to take up electric bass.  Subsequently, due to a fractured wrist, she had the opportunity to try out and enjoy percussion for two sessions.  In high school she played clarinet and piano.

From 2013 to 2018 Leslie served as band rep initially with the Bytown Beginners and subsequently the Elgin Encores and Capital Crescendos.  She was a member of the ONHB Advisory Committee and was one of the incorporators as ONHB became an independent organization in 2016.  She has served on the Board of Directors since that time as Treasurer. 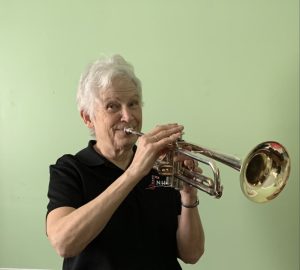 Louise joined ONHB several years ago after hearing from a friend that he had learned to play clarinet after he retired. Having always dreamed of playing in a band, but never having had the opportunity to learn to play a band instrument, she signed up in ONHB in the beginner band and eagerly accepted Cathy (Wilcox’s) suggestion that she try the trumpet. She has played in several on-line and in-person bands since and is delighted to finally be able to return to in-person playing.

Recent retirement has freed up more time for practice and volunteering. She is eager to contribute whatever she can as Board secretary. 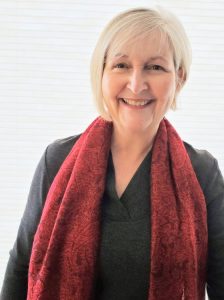 After studying piano in Bobcaygeon and Lindsay, Cathy completed an Honours Bachelor of Music, as well as a Bachelor of Education at Western University. Soon after graduating, she joined the vocal Renaissance octet Vox Humana, where a passion for music of the Renaissance was ignited.  In her career as a teacher, Cathy directed musicals, choral ensembles, concert and jazz bands, and her school music program was selected for special projects, such as the pilot of Blues in the Schools and Listen Up!  In her retirement, Cathy has taken up primitive rug hooking and French horn.

As the founding director in 2008, Cathy has been a part of ONHB’s incredible success from one band to nine bands in 2019. In 2017, she played a significant role in the transformation of ONHB into a non-profit corporation. Since that time, Cathy has served on the volunteer board of directors as the band leaders’ representative and continues to lead one of the jazz bands.